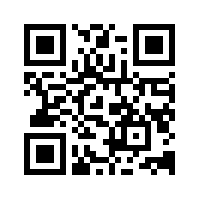 In the complex world of Electro Magnetic Compatibility, there are two parts to consider:

(i) The EMC Directive 2004/108/EC - which is transposed into member states' laws and is therefore a legally binding statute.

(ii) Standardised tests - of which EN55022 is one. Standardised tests outline methods of testing and measurement to be used to demonstrate a product's compliance with the EMC Directive. They are voluntary and you do not have to use them to demonstrate compliance, although it is usually good engineering practice to do so. They are updated every few years to take new technologies and new methods in to consideration.

EN55022 covers Information Technology Equipment (ITE), such as desktop computers, laptops, servers, network switches/routers, display screens, keyboard, mice, and PLT. Its aim is to allow all of your computer equipment to work together, not interfere with each other, and not cause undue interference to other users of the radio spectrum. Prior to the EMC directive, it was quite possible for computer monitors (and other parts) to wipe out radio reception when in use; and conversely, for computers to crash in the presence of a strong radio signal (from a local Citizens' Band or Amateur radio transmitter). EN55022 takes its input from the Comité International Spécial des Perturbations Radioélectriques, (a.k.a. CISPR) as Technical Standard 22 (CISPR 22).

Declaring compliance to EN55022 for your ITE declares compliance to the EMC Directive (2004/108/EC) and proves you have tested your products to ensure they do not cause undue interference and they can tolerate a certain level of interference/radio frequency energy (from nearby radio transmitters) without failing. The latter is quite important: You do not want every computer in a 1km radius crashing each time a safety-of-life service (Police/Fire/Ambulance) use their radios!

Of course, there is a way of cheating the system, and it is via the Technical Contraction File. The TCF was aimed at developing products where a Notified Body (testing house) would ascertain if your designs followed sound engineering practises and your product would meet the EMC Directive. It was not meant to be used for mainstream production or as a replacement for proper testing. The PLT industry seems to have found a flaw in the EU's rules and have set about exploiting it.

Take a look at most PLT manufacturers' Declarations of Conformity and you will find them citing a TCF as proof of compliance. When subjected to real-world testing, they fail!

One of their attempts at obfuscating the system was to suggest the hype of "Smart Grids" could benefit from PLT, and therefore, the PLT industry should be allowed to continue polluting the radio spectrum.

What actions is the Commission taking to ensure that the changes to the standard do not disrupt the deployment of powerline communications technologies from October 2009?

Does the Commission agree that it would be appropriate to maintain the existing EN55022:1998 standard beyond the expiry date of October 2009 to allow time for all relevant stakeholders to jointly review the impact of the changes introduced in 2006, and for the relevant CENELEC working group, specifically established for that purpose, to run its course?
Does the Commission agree that allowing the EN55022:2006 standard to be the only way of demonstrating product conformity from October 2009 will disproportionately affect PLC technologies at a time when Europe needs all relevant technologies to remain available if the EU is to achieve its climate change commitments, and be competitive in the multibillion Euro smart grid industry?

Answer given by Mr Verheugen on behalf of the Commission
The Commission agrees with the assessment of the Honourable Members that powerline communications (PLC) are a promising technology for a wide range of important applications, as e.g. one of the options to ensure communication of components of a smart grid and that their development should not be unduly hampered.

PLC are subject of the European standard EN 55022 published under the EMC Directive(1). Currently both, its 1998 and 2006 versions can be used. As of October 2009 onwards the 1998 version is foreseen to be withdrawn and the 2006 version will be the only one giving presumption of conformity.

While there was not a significant number of interference cases caused by PLC in the past, the 2006 standards imposes very stringent limits to PLC. However, some new promising networks standards suitable for PLC are developed in the ongoing standardisation process following a Commission mandate to Cenelec to adopt standards for emissions from powerline networks rather than from powerline devices.

Therefore, the Commission will consult Member States and stakeholders in the context of the EMC Directive Working Party of 30 June 2009 on the consequences of the current situation. One of the possible options would be to maintain the 1998 standard for a longer period, pending the final adoption of the new emerging network standards that will be compatible with powerline communications networks. Another option would be to amend the 2006 version in a way to avoid that its limits unduly hamper PLC.

As to the transparency of the procedures in Cenelec the Commission does not have indications, that the processes that have led to the revision were not accessible to all stakeholders but were in line with the requirements of transparency laid down in Directive 98/34/EC(2).

Our emphasis. Funny, by our calculations, PLT will burn through more energy than it can possibly hope to save! Not content with destroying the radio spectrum in and around your house, the PLT industry want to see their "technology" in your fridges, freezers, washing machines, ovens, heating system, and so on, and resurrect Broadband over Power Line (BPL) from the dead. All in the name of "saving the planet".

If you do not like the available standards to test your products, why not make up your own? In order to bypass EN55022, the PLT industry are attempting to define their own testing "standard" by pushing a PLT-led agenda through the standards body CENELEC. The proposed "standard" is known as prEN50561-1 and it sets out to lift the limits imposed by EN55022 and legitimise the creation of high levels of radio frequency interference. Please read our prEN50561-1 page for more information.