On the previous page the behaviour of this model was observed from the perspective of 'field tests' compiled from the experience of four different users. The following data comprises the notes made at the time I conducted my field test and pertains to my experience only.

It is important to note that the electrical installation at my property is not typical of an average house since I personally wired it and incorporated many counter measures to conducted and radiated emissions due to my experimentation with weak signals and sub-noise floor communications. The results of these tests are therefore biased in favour of the Belkin adapters since the effects of the conducted emissions will be somewhat diminished compared to the 'average' home.

What follows next was carefully compiled from my personal experience with the F5D4076uk, purchased Friday 12/2/2010 from Argos.

First observation is that the device is certified to comply with EN 60950 but fails to display a double square (double insulation) symbol thus immediately fails this compliance aspect. This is not a promising start since it demonstrates the importance Belkin places on the Compliance principle.

The unit was installed to the manufacturer's specifications as per the manual using the Ethernet cables provided. One device was placed at the Router position in the front Hall and the other in the living room. At the router a 'network media storage device' containing digitised movies is also connected to the router. The second PLA in the living room was connected to an EMC 'conditioned' (clean) laptop via Ethernet and the WLAN terminated.

The interference presents as a 'fast popping sound' akin to the impulse noise from a vehicle ignition system and as a broadband 'white noise' "chirp" with bursts typically 0.2s - 5s long separated by intervals of less than two seconds at most and 0.5s typically.

Units were plugged in, behaviour within anticipated parameters according to the manual. A shortwave radio in the house tuned to 17 MHz became overwhelmed with strong impulse noise, rendering the radio unusable over most areas of the HF spectrum.

The initial response from the Victim Receiver (VR-500) was a very high signal of impulse noise, indicating considerable field strength. The telescopic antenna had to be retracted to 10cm whilst inside the house in order to obtain a signal strength more indicative of the emissions, without overloading the receiver. In this condition, emissions were observed from the receiver's lowest operating frequency of 0.1 MHz and continued almost continuously to 370 MHz, only attenuated but not completely absent from around 30 MHz to 50 MHz. This indicates that the condition known as intermodulation has occurred which results in the dilution of spectral purity and thus observable signals outside the range of the device’s specified transmission bounds (2 – 30, 50 – 300 MHz).

Notching was in place for the HF amateur bands including 60m but appeared notably absent from the 6m, 4m, 2m amateur bands, the VHF Aeronautical band, the DAB band, VHF FM Broadcast and Business Radio regions. Our DAB radio with a typically average signal for a semi-rural location was unable to function as intended; normally working without interruption it was unable to receive a continuous, unbroken stream and ruined listening enjoyment for the duration of the Belkin tests.

The shack radios had no trouble observing the impulse emissions from the solitary Belkin, with an average signal of -73dBm from 2.5 MHz to 28 MHz. Wideband spurs were also observed at 50.2 MHz (6m amateur band) and 70.3 MHz (4m amateur band). No other antennas were available for checking other frequencies.

With both adapters connected and synced, there did not appear to be any significant variation from the observations of Test 1.

With the adapters engaged in transferring data continuously, the profile of the interference altered significantly. In this condition, the adapters continued to make the impulse popping, typical to this modulation scheme but also added to this, loud and almost constant bursts of a 'white noise scream', broken by brief intervals of up to a second or two. Whilst in full transfer, an observer with no technical background would most probably consider this as the noise floor, unaware that the prevailing signal levels are an order of 20-30dB higher, thus masking legitimate signals and the legitimate noise floor. The impulse occurs at a very cognitive level and is chronically irritating.

At 10m from the outside wall of the property, the emissions were clearly audible at a high strength from 2.5 - 28.0 MHz and from about 75 - 309 MHz. The 4m and 6m amateur bands also presented with increased noise and obvious spurs which are not present while the modems are powered down.

At 30m from the outside wall of the property, the emissions were still clearly abundant across the HF range however in VHF, the magnitude of emissions became more cyclic in nature over the established interference frequency range, as one would expect from an antenna system (house mains) whose impedance and efficiency varies with frequency.

As the distance increases, the presence of VHF emissions diminishes slowly, since the efficiency of the radiating system will vary according to the prevalent conditions in the electrical installation. One spur was chosen at random; 290 MHz and this was still present at 100m distant from the source, with a simple 30cm telescopic antenna. 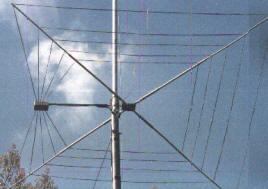 Cobwebb AntennaThis was conducted at a dedicated radio communications room 25m from house. The Belkin units remain installed in their original location. The Victim Receiver was a Flex-5000a SDR with calibrated levels.

With a horizontal folded dipole antenna, resonant on 14, 18, 21, 24, 28 MHz, at 14 MHz, 100kHz from interference acquisition frequency the noise floor is -105dBm; and rises quickly as one tunes down, away from the 20m amateur band and peaks at 13.5 MHz at -83dBm; this tapers as one tunes away from antenna resonance.

The notch for the 20m amateur band appears good.

At 17.3 MHz this broadband noise increases in amplitude as one continues to tune from the frequency of initial acquisition and 500 kHz from acquisition the noise bursts are at -95dBm. The interference amplitude continues to rise until a sharp notch at 17.990 MHz. At 10 kHz below this the burst amplitude has risen to -85dBm.

The notch for the 17m amateur band appears good.

Pulse noise appears at 17.900 MHz identical to the 'idling' noise observed on the shortwave radio which first suffered interference. The Belkin interference then reduces in amplitude approaching the 17m amateur band.

The interference appears notched at the 15m Amateur band.

Interference is reacquired at 21.550 MHz however reception at this area of spectrum problematic due to Spectrum Abuse from nearby BT Vision installation utilising Comtrend PLAs. Despite this the BT Vision interference was clearly being modulated by the Belkin interference and in many places the Belkin established dominance.

Continuing to tune the interference is once again observed at 24.445 MHz and continues to increase in amplitude to -93dBm at 24.781 MHz.

The interference appears notched at the 12m amateur band.

Reacquisition of the interference is observed at 25.080 MHz and rises extremely quickly over 20 kHz. At 25.216 MHz the amplitude is at -92dBm and again slowly tapers away due to antenna resonance and is not again observed above 27.000 MHz. 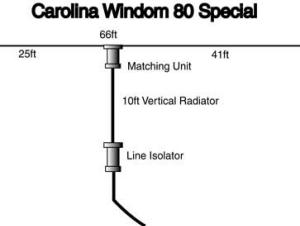 The following test was conducted on an 'Off-Centre Fed Dipole' which is suspended 13m above ground between a support mounted on the rear of the property and the main station mast located beside the radio communications room. With exception for a short catenary wire of approximately 3m between the house and an outside brick walled shed, the bulk of the electrical supply is underground in a shielded cable.

Belkin interference is first acquired at 5.515 MHz by 5.537 MHz the amplitude has risen to -82dBm and -78dBm at 5.680 MHz. The interference continues at this level through the broadcast band but subsides below the inherent BT Vision noise by 6.300 MHz.

At the time of test it was not possible to find a clear frequency in the 40m amateur band to determine if the notch was effective.

The Belkin was reacquired at 7.980 MHz where it clearly emerges as the dominant source of interference at -78dBm. The interference is continuously present through to 9.540 MHz where it is superseded by the BT Vision interference. Between 7.9 MHz and 9.5 MHz levels are as high as -73dBm. The Belkin interference once again dominates above 9.9 MHz and is present right through the 10.000 MHz international time signals but quickly tapers off just above this to accommodate the 30m amateur band.

The interference appears notched at the 30m amateur band.

The interference appears notched at the 20m amateur band.

Once again the Belkin interference is reacquired at 14.440 MHz and remains the dominant source of interference continuously through to 17.975 MHz where it notches for the 17m amateur band. At 17.965 MHz the level is at -84dBm.

The interference appears notched at the 17m amateur band.

The interference appears notched at the 15m amateur band.

The interference appears notched at the 12m amateur band.

Following the 12m amateur band the interference resumes at 25.050 MHz and again rises sharply to level circa -80dBm until quickly tapering off at 27.930 MHz (half way through the CB Radio band) to make way for the 10m amateur band.

There is no evidence of the interference above 28 MHz on this antenna.

Conducted on a broadband vertical antenna, 7m tall, mounted 4m above ground level and sited 27m from the house and 3m from the radio room. The vertical antenna is broadband by design and is not specifically resonant on any band. This is the first and only test with a vertically polarised antenna.

The test location is beset with chronic interference from nearby multiple BT Vision installations and consequently the table below indicates the observed noise floor at the time of the test and in most instances this noise floor is artificially high due to the presence of PLT interference from neighbours. As such the difference between the level of interference caused by the Belkin and the ‘natural’ noise floor is impossible to determine without cessation of all nearby PLT devices. This is indicated by “(BT Vision)” next to the observed reading.

The Belkin interference is first acquired at 6.490 MHz and follows the same pattern observed in the other antenna tests with regard to amateur band notching. This test will simply observe some of the levels over the HF frequency range.

As can be seen from the table above, the HF radiation of the F5D4076 is sufficient at 27m to effectively intrude on existing HF services. We should not forget that the CISPR levels normally applied to this scenario require that at 10m radio equipment should operate as intended. Clearly this is not the case.